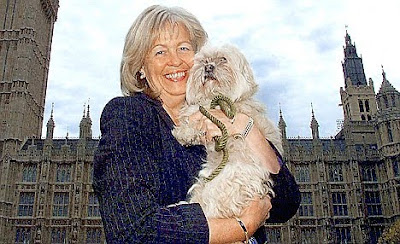 Well, so much to talk about and so little time.
However for now I’d like to focus on one lady in particular - Cheryl Gillan. The new Secretary of State for Wales polarises opinion and made me choke on my Curlywurly when it became clear that she was to take over from Peter Hain.
Why’s that I hear you cry? She was shadow Secretary of State for ages and so it makes perfect sense for her to get the job. Well I choked on my Curlywurly because:
As I’m sure you’re all well aware Mrs Gillan represents the good people of Chesham and Amersham, now last time I checked that was not a Welsh constituency. Surely the Secretary of State for Wales should be accountable to a Welsh constituency? Considering that she makes decisions that directly affects Welsh voters? Are the people of Chesham and Amersham happy that Mrs Gillan will spend all of her non-Westminster time here in Wales? Will she spend all of it in Wales? If she doesn’t - that can’t be fair on the people here either?
What I find strangest about this decision is that it’s not like they don’t have other options. How demoralising must it be for the 11 MPs that represent the governing coalition in Westminster that not one of them was deemed up to the job? Are they that badly thought of by Dave and Nick?
Word on the street is that David Cameron has a bit of a soft spot for Mrs Gillan and given that 90% of the new cabinet are middle aged white men here was a chance to get another woman into the mix. Is that good enough reasoning?
Can you see them taking the same approach in Scotland? Didn’t think so...
As Daran Hill points out here – the next Assembly elections are going to be tough for the Liberal Democrats in Wales and this can’t help, being associated with an ‘English’ Welsh secretary is not likely to be a vote winner.
Here’s what Kirsty Williams had to say on Mrs Gillan’s appointment:
“Commenting on Cheryl Gillan's appointment as Secretary of State for Wales, Kirsty Williams, leader of the Welsh Liberal Democrats said:
"I wish Cheryl well in her job. The real test for her now is to show how committed she is to Welsh devolution. Cheryl Gillan has to stand up for the people of Wales and give us a say on how we want our devolution to proceed. An early referendum on further law making powers for Wales will be her first test." “
Hardly a ringing endorsement of her new ‘partner’ I think you’ll agree.
I suppose I shouldn’t really be surprised. Cheryl Gillan has been in the Assembly and around Wales a lot over the past few years and has played a prominent role with the Welsh Conservatives.
However given she had been ‘unable’ to attend the BBC's Welsh leaders debate. Plus the fact that there are 11 Welsh MPs to choose from (even some Welsh speaking conservatives!). I just thought it was curtains for Cheryl.
Cue the John Redwood comparisons
Dewi Un

I always find this sort of argument a bit of a puzzle:

a. If the whole intake of Welsh seats were new, you'd still want someone from one of those seats to be Welsh Sec, even though they had zero experience?

b. As was shown by Hain, you're happy for some one to be parachuted into a safe Welsh seat and be the Welsh Sec (even if the first time they'd been to Wales was for their election campaign).

c. You're going on about "being accountable to the constituents". Can I safely assume that you will also write and condemn any time a Welsh MP is put into a department that covers devolved areas? After all, they won't be answerable to the electorate.