The other side of Cheryl Gillan 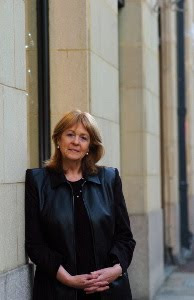 In response to my fellow Dewi's questioning of Cheryl Gillan's appointment as Welsh Secretary, I've taken the time to think about why we perhaps shouldn't pre-judge her tenure...

The appointment of an MP from an English constituency as Welsh Secretary does indeed lack the “sensitivity” Peter Hain refers to. But is there actually any more to it than that? In practice, does the fact Cheryl Gillan got the job over her 8 Welsh Tory colleagues or 3 Welsh Lib Dem colleagues make any difference?

Firstly, if one wanted to start an argument about Ms Gillan’s Welsh credentials they might start by pointing out that the fact she was born in Cardiff, has Welsh ancestry and has (apparently) sung the national anthem on the radio puts her in a far better position than her Conservative predecessors (and indeed Nairobi-born Peter Hain who was parachuted into the safe seat of Neath for a by-election in 1991). But I for one actually think this argument is largely irrelevant.

Cheryl Gillan will ultimately be judged on the job she will do not where she lives or where she comes from. What the Conservative party were really judged on in Wales in the 1980s and 1990s was record unemployment and little regard for Wales as a nation. Things have changed. The Conservative party has certainly changed – from a party that was vehemently against a Welsh Assembly in 1997 to a party at least divided on the issue (with, I think it’s safe to say, the majority of Tory AMs being largely in favour of devolving more powers).

So down to work for Cheryl Gillan then! I reckon there’ll be 2 jobs (entirely within her control) that will determine her success or failure:

1. Giving Wales a referendum on further devolution to the Welsh Assembly. Peter Hain has had this one in his in-tray for a couple of months now and there’s been little movement. Cheryl Gillan said she would get it done and if she gets the wheels in motion quickly, fulfilling her promise, there could be a referendum in the autumn (the successful passage of which does, to some extent, reduce the role of the SoS)

2. Relationship with the Assembly – a much tougher needle to thread! It won’t have escaped anyone’s notice that the two parties in Government in Westminster are the two parties in opposition in the Assembly – laying the foundations for a name-calling, buck-passing and fractious relationship. If the new Secretary of State can manoeuvre that minefield with any degree of success it will bode very well for her amongst her colleagues at the very least. I should point out that in our time around Cardiff Bay Cheryl Gillan has been a far more familiar face around the place than Peter Hain or Paul Murphy

Cheryl Gillan will also undoubtedly be judged on how successful the British government are in boosting the Welsh economy and tackling any number of other national issues so you really have to ask: what difference will the location of Ms Gillan’s constituency have? Probably not a lot.