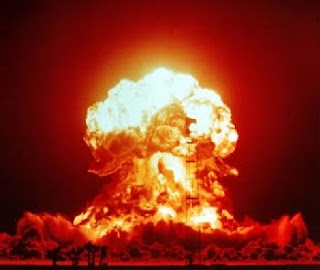 Welsh Lib Dems have come under fire for their No vote on an amendment to the Queen’s Speech proposed last night by the nationalist parties and the Green Party asking for Trident to be included in its Strategic Defence and Security Review.

This morning Elfyn Llwyd said: “I am quite frankly aghast that two of the three Welsh Liberal Democrats have gone against their convictions, and their previous commitments that Trident should be included in the strategic defence review - if not scrapped altogether.

“At a time when they are part of a government telling us that we must leave no stone unturned in finding cuts to make, they are happy to splurge £100billion of money that we apparently don’t have, on an immoral weapon that we will never use.”

He goes on to bitterly attack both Williams’.

Trident was specifically named by Mark Williams in a statement during the campaign as an area the Lib Dems would look to cut so that it would have no knock on effect to Welsh funding.

It’s worth pointing out Plaid Cymru have been accused of similar hypocrisy over their coalition at the Assembly...well, they are politicians after all...

Dai Havard and Siân James also voted for the amendment, bringing the number of Welsh Labour MPs to four.

Hats off to them.

When Li was 19, he appeared in his first film, Shaolin Temple. Li was already regarded as a national hero for his athletic

accomplishments, and the film (the first modern kung-fu movie made in China) shot him to superstardom in China...clickhere check out the full information

Make $3000-$40000 A Month by Using internet At Home, Internet is quickly growing into a world-wide marketplace, which provides a unique opportunity for everyday people like you and me to cash in on it and start making money online! make $400 per day